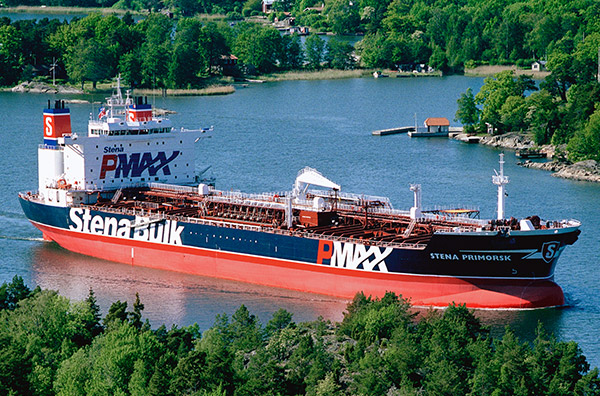 Concordia Maritime continued to generate higher earnings than the overall market in the second quarter, but the generally weak market still led to a negative result for the quarter. Overall, we reported a result before tax of SEK –43.9 (12.4) million. EBITDA was SEK 10.0 (57.2) million, corresponding to USD 1.1 (7.0) million.

As expected, the second quarter of 2017 was weak. In addition to the natural seasonal decline, high inventory levels, continued reductions in OPEC production and extensive ship deliveries contributed to generally low tanker market rates. Compared with the same period the previous year, average rates were about 30 percent lower in the MR segment and almost 50 percent lower in the Suezmax segment.

As far as our own operations are concerned, all vessels in the fleet performed well, with good employment. Several of them have continued to operate in niche trades during the quarter, which contributed to higher income than the overall market also in this quarter. In the product tanker segment, our spot income was USD 11,700 per day, compared with the market average of about USD 9,500.

The fact that we are outperforming the market quarter after quarter shows both the strength of our vessels and our chartering strategy. It also shows the expertise that exist within our organisation and in the network we have access to. Tanker shipping is highly cyclical in nature, and we are not, of course, able to influence fundamental drivers such as demand for oil and little opportunity to influence the size of the global fleet.

Given the weak market, we are doing what we can to optimise income here and now, and to prepare for the upturn we are expecting. Significant events during the quarter include the chartering out of the P-MAX tanker Stena Paris and the chartering in of two MR tankers. Stena Paris has been employed on consecutive voyages for one of the world’s largest oil com­panies for several years. The freight under this contract has been spot market related. Now that we have renegotiated the arrangement to a more classic time charter, we ensure employment and income for the vessel for a year ahead. This is also fully in line with our aim to concentrate employ­ment on niche trades where the P-MAX vessels’ unique properties are most beneficial. Given the challenging market conditions, we are pleased with the level of the contract. However, it is important that we ensure a long-term perspective and continuing cooperation with one of the world’s largest oil companies.

The chartering in of two modern IMO2/3 class MR tankers clearly demonstrates our ability to act quickly when the right opportunity arises – this time by taking positions counter-cyclically, thereby strengthening our position prior to the market improvement we expect.

We were spared from any serious incidents and accidents during the quarter. The absence of serious incidents is the result of focused efforts, with considerable resources being allocated to training and education, compliance with procedures and monitoring of processes. Nothing comes before the safety of our crews on board. This is our highest priority, regardless of economic or market conditions.

In addition to the continuous safety work, we also allocate considerable resources on reducing our environmental and climate impact. The major focus here is on reducing emissions into the sea and air. The reduction in emissions continued during the quarter.

Better balance between supply and demand

Our assessment of future market development is unchanged. We expect the market to remain weak for the remainder of 2017. Thereafter, a number of factors point to a gradual improvement. Global oil consumption is expected to increase by about 1.4 million barrels per day in the coming year. Stocks of oil and oil products remain high, but a gradual decline is taking place as a result of OPEC’s output cuts. Normalisation is expected in winter or in the first half of next year. On the supply side, the order book is now low and net growth in new MRI vessels is expected to be only about 1-2 percent in 2018. Overall, these factors contribute to a more balanced market.