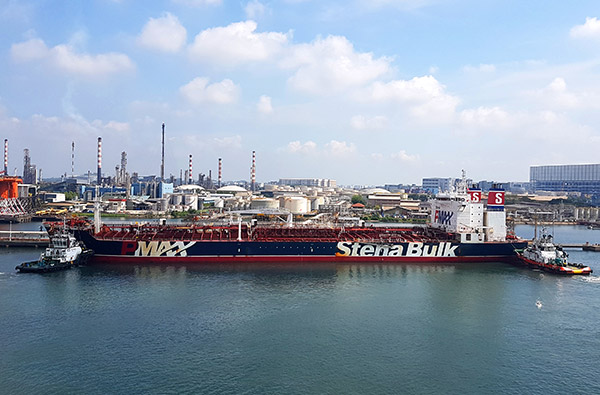 Positive trend in the market

Anyone who follows the tanker market knows that it has been extremely weak in recent years. For a long time, we have predicted that the turnaround would gradually materialise in the second half of 2018 – mainly towards the end of the year. And we can now see that it is actually happening. An improvement has been noted after the end of the quarter – at this stage mainly for crude oil, but we expect to see the same trend for product tankers as we approach the end of the year.

The turnaround came, according to the textbooks, first in the VLCC segment, where rates have risen from USD 9,000 per day in September to listings of about USD 50,000 per day as we enter November. Correlation between vessels types is high, and when VLCC started to move, the other crude oil segments followed suit. For suezmax tankers, the rates have more than doubled in a short period – from about USD 10,000 per day to listings of USD 25,000 –30,000 per day at the time of writing.

Product tankers are lagging a little, but here too, we can also see a trend break in some regions, including the Atlantic where combination voyages have now risen, albeit from low levels. In certain specific regions, such as the Americas, spot contracts for MR tankers are priced at USD 15,000–18,000 per day – double what the situation was just a few weeks ago.

A market moving towards better balance

Among the main drivers are OPEC’s gradual output increase of between 500,000 and 1,000,000 barrels of oil per day since July, which has obviously resulted in increased transport demand. In October, for example, 150–160 VLCC cargoes were shipped from the Middle East compared with 120–130 in September, an increase of about 25 percent. And more crude oil in circulation also boosts the product tanker market. Due to regional differences in pricing, we see increased arbitrage opportunities and as winter now approaches, we also expect the usual favourable seasonal effects to further support the turnaround.

In parallel with more shipments, the phasing-out of vessels through recycling (scrapping) has continued. High scrap prices and impending investment decisions in response to forthcoming legal requirements are the main drivers. For example, 36 VLCC tankers have been scrapped and 36 delivered in the year to date. The rising
rates are the result of more oil and less tonnage growth – a market moving towards better balance purely and simply.

Looking at the new sulphur regulations that come into force in
2020, it is our assessment that there will be good availability of approved marine fuels. We are therefore not planning to invest in scrubbers here and now.

The tanker market has been weak, if not really poor, for a long period with the third quarter of 2018 marking a clear bottoming-out. It is pleasing that our forecast of a gradual market improvement is now starting to seriously materialise. Now we look forward to grasping the opportunities that a stronger market presents. However, it is important to remember that it will take some time before the improved market brings profitable levels for tanker  companies specialising in product tankers.