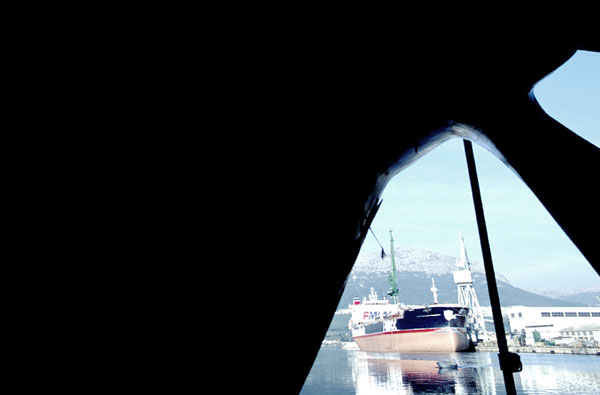 Full focus of the past quarter has been on continuing to strengthen the Company’s financial position and liquidity. The proposed measures we can now present will help to create greater stability until the market strengthens, which we still predict will happen in the second half of 2021.

The market has remained very weak in the second quarter of 2021. We had hoped and believed that it would already start to show signs of an upturn in summer, but the in­­crease in OPEC production, albeit small so far, has not yet made itself felt in the tanker market. Rates have also been affected by the return of a relatively large number of vessels after brief storage assignments. In addition, rising bunker prices have affected the vessels’ earnings.

However, we remain fully confident of positive developments during the second half of the year. The drivers are the same as those we described in the Q1 interim report and in more detail in the 2020 annual report. None of this has changed. If anything, our belief in a turnaround is even firmer than in the previous quarter. Among other things, OPEC+ has now confirmed its commitment to phase out the production cuts and instead increase production by 400,000 barrels per day on a monthly basis from August until the end of the year. This will, of course, make a difference to demand for tanker transport. Oil stocks are in line with or even below the five-year average and oil consumption in general continues to rise – particularly as a result of increased travel (including flights). In addition, we are also seeing low net fleet growth. The prospects for a turnaround therefore remain strong.

Market developments during the quarter are clearly reflected in our own earnings. Result before tax for the quarter was SEK –88.4 (28.3) million. EBITDA was SEK –16.7 (114.1) million, corresponding to USD –2.0 (11.8) million. In addition to the generally weak market, the Company’s financial position has, as in the previous quarter, been negatively affected by the extensive docking program, including significant investments in statutory ­ballast water treatment systems.

In April, in response to low prices and reduced consumption, OPEC+ (supported by the G20) decided to cut production by 9.7 million barrels per day in May, June and July (based on October 2018 production), corresponding to about 10 percent of production. In addition to OPEC+, other countries also contributed with production cuts, which means that the total production cuts are actually larger.

Since the lows we saw in April, oil consumption has now increased again, which, in combination with production cuts, has resulted in stock withdrawals and declining stock levels. In terms of tanker market development in the longer term, this trend is both necessary and good.

The weak tanker market over the last five years has posed financial challenges for Concordia, as reported in the interim report for the first quarter of 2021. The measures we are now planning for were announced in a press release in mid-July. Overall, they consist of a term sheet with lending banks, a five-year time charter for all P-MAX vessels and a guarantee with the largest shareholder, Stena Sessan AB. The time charter for the P-MAX vessels ensures guaranteed monthly income at a pre-determined level. Additional income may also be generated from profit-sharing and/or divestment of vessels.

The measures are interdependent. In addition, the Time Charter and the Guarantee are also subject to approval at the Extraordinary General Meeting to be held on the date of issue of this report, 12 August 2021.

The Board of Directors and management believe that these measures are necessary to strengthen the Company’s financial position and liquidity. A number of alternative solutions have been investigated and considered but the proposed arrangement is considered to be the best possible solution. More information about the EGM, the Term Sheet, the Time Charter and the Guarantee can be found in the notice of the EGM.