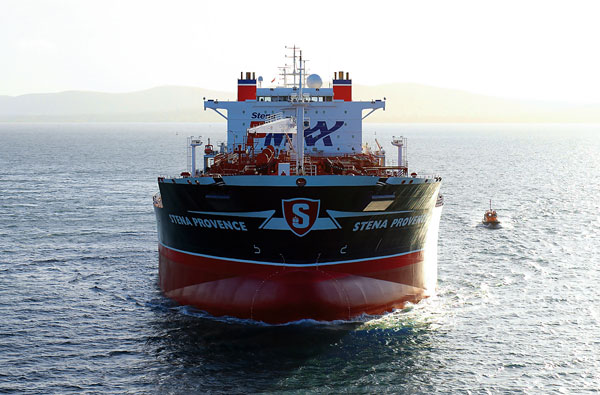 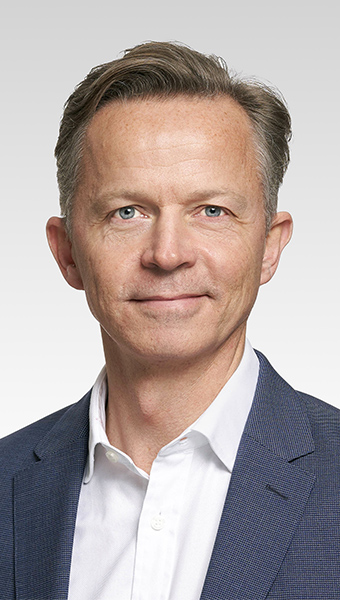 Strong market in an unstable world

The first half of 2022 has brought unprecedented drama in the world around us. War in Europe, a new energy policy landscape, inflation, rising interest rates and a volatile stock market. As always, the tanker market reacts quickly to external events – and volatility has been unusually high so far this year. Unfortunately, the short-term outlook for geopolitical stability is uncertain at the time of writing. However, for the product tanker market the future looks brighter.

Since the tragic invasion of Ukraine at the end of February, it has been a turbulent and shaky time in the tanker market. World leaders were quick to condemn Russia and most shipowners and operators, including Concordia Maritime, made their own decisions to exclude Russian ports and cargoes even before formal sanctions were in place. However, a small number of shipowners chose to continue trading with Russia – which has at times been very lucrative. Russian crude oil and oil products previously exported to Europe have started to find new markets in China, India, South America and elsewhere. In Europe, Russian deliveries have gradually been replaced by increased imports from the US and Asia. Overall, this has had a dramatic effect on cargo flows. This, combined with growing international demand for energy, OPEC’s difficulties in scaling up oil production and high refinery utilisation, has contributed to a marked increase in both tonne-miles and demand for tonnage. In the short to medium term, we believe this situation will persist.

The impact on the product tanker market has been particularly strong during the second quarter, but the crude oil segment has also developed positively. According to Clarksons, average earnings for an MR vessel on the spot market at the beginning of the quarter were around USD 19,000 per day. By the end of June, the figure had risen to around USD 43,000 per day. The time charter market also showed positive development during the quarter, with average earnings for a one-year time charter increasing from USD 14,250 per day to USD 20,500. In parallel, the persistently weak VLCC crude oil market finally took an upward turn. The market is dominated by shipments to China, which are often conducted on slightly longer contracts with fixed rates. This has had a dampening effect on the crude oil transport market. Continued high bunker prices during the quarter have once again highlighted the difference in earning potential between vessels of new and older design. With their width and larger cargo intake, our P-MAX vessels have higher consumption compared with standard MR vessels.

Positive result due to profit-sharing and vessel sale

Our own operations have progressed smoothly during the quarter and there are no accidents or incidents to report. It is pleasing to see the Company’s result finally turning to profit, which amounted to MSEK 35.7 (–89.7) and is a significant improvement from 12 months ago. During the quarter, the Suezmax vessel Stena Supreme was sold and delivered to her new owners before the approaching scheduled docking. Concordia Maritime had the vessel on a bareboat charter with purchase options. Thanks to rising asset prices, we were able to conduct a transaction on good terms. The sale had a positive liquidity effect of approximately USD 4 million. Earnings for our remaining vessels are based on the time charter agreement with Stena Bulk, which guarantees earnings of USD 15,500 per day and vessel. In addition, we are also entitled to profit-sharing corresponding to 50% of the vessels’ earnings that exceed the base rate. For the first six months of 2022, total profit-sharing amounted to approximately MUSD 1.9, as a result of the strong market recovery in the second quarter. The high spot market is not directly affecting profit-sharing as Stena Bulk has chosen to employ the vessels on contracts of varying lengths, some being short market-related contracts and others being medium fixed-rate time charters. During the quarter, we decided to put the “container project” on hold. The technical study shows that it is technically feasible to convert P-MAX vessels into 2,100 TEU container vessels, but the increasing economic uncertainty has made it difficult to reach an agreement with an end customer. However, we will leave no stone unturned in our efforts to increase both the return and value from our vessels wherever possible.

The strong performance of the spot market has also resulted in a rise in vessel values. This also applies to older quality tonnage. However, ship recycling decreased during the quarter. Prices paid at recycling yards have also fallen sig­­­nificantly (from USD 675 to USD 560 per LDT in India). The average recycling age for product tankers is now about 23 years. As previously reported, the current order book for product tankers is low, at an average of approximately 4.8% of the existing fleet. Most yards are also fully booked to 2025 with new gas and container vessels. So, even with an increase in new tanker orders, delivery times would be long. Net fleet growth in the coming years is therefore expected to remain low. Overall, we have a positive view of tanker market fundamentals.

In the tanker market, there is much talk about two factors: “energy security” and “demand destruction”, which could have a major impact on future development. Increased demand for energy and the absence of Russian oil has caused energy prices to soar – with growing pressure to increase energy production from both nuclear and renewable energy sources. This may be the right way to go, but in the short term the focus will remain on achieving sufficient crude oil and gas production to ensure access to energy for businesses and households – energy security. This could obviously have a positive effect on the tanker market. At the same time, we are likely to enter an international economic downturn. The extent to which a significant slowdown in economic growth – and high energy prices – will contribute to demand destruction in terms of energy demand and energy-related transport remains to be seen. After the end of the second quarter, we entered into an agreement for the sale of Stena Paris to a Greek company. The primary aim of the sale was to take advantage of the increased ship valuations, but there was also an age factor. In a strong second-hand market for mature quality tonnage, we are therefore now taking the opportunity to sell our oldest vessel.