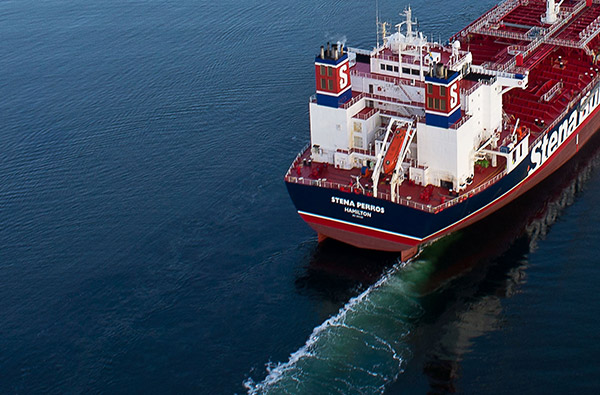 Momentum in the market at last!

So it finally happened. After essentially several years of weak markets, we saw a clear strengthening of the tanker market towards the end of the third quarter. This has continued after the end of the quarter – but there is a lagging effect until this can be seen in our figures. All segments are now in a positive trend – and several fundamental structural factors indicate that the strong market will continue in the period ahead.

Developments during the third quarter were largely as we expected. We saw the turnaround first in the large crude oil tanker segments, VLCC, Suezmax and Aframax. After the end of the quarter we also saw it clearly in our main segment, MR product tankers, and these are strong overall upturns we are talking about. In both the VLCC and Suezmax segments, rates have been well above USD 100,000 per day for short periods – up to USD 200–300,000 per day on some individual days. Rates at those levels are obviously not sustainable in the long term – but they are a clear pointer to how quickly and sharply the market can fluctuate when all tankers are employed and freight costs, almost regardless of level, only account for a very small proportion of the price of the final product. In the MR segment, which showed the usual time lag, we saw listings of up to USD 25,000 per day, the highest in a few years.

The drivers behind the upturn include the structural factors we have been mentioning for some time: underlying stable demand for oil, extensive US exports and declining net tanker fleet growth. In parallel, the installation of scrubbers on a relatively large number of vessels has also reduced the total available fleet, which has further contributed to the rising rates.

The upturn was then further strengthened by the increasingly tense geopolitical situation. This includes the attack on two production facilities in Saudi Arabia in mid-September and the imposition of sanctions on tankers owned by entities of the large Chinese shipping group Cosco and on vessels that have loaded in Venezuela during the last year.

The market development has, of course, not materialised in the figures for the quarter. It always takes time for the higher rates to be reflected in our own earnings. Contracts that have been entered into and voyages must be completed first. Result before tax for the third quarter was SEK –35.6 (–66.9) million. EBITDA was SEK 52.4 (–18.0) million, corresponding to USD 5.4 (–2.1) million. The loss also includes costs for the drydocking of Stena Primorsk and Stena Progress. Obviously, it is not pleasant to present another quarter of negative results, but the important thing is that we are now in a new, significantly stronger market situation.

Looking at the current status of contracted freights in Q4, the upward trend is clear to see. The figures show that we freighted out just under 50 percent in Q4 at rates that give a 50–100 percent higher daily result compared with Q3.

It is now important to deliver in the improved market, and we look forward to doing so. We have a well-functioning operation and consider ourselves well positioned. After the end of the quarter, we have chartered out three of our P-MAX vessels. The contracts are for two years, with an option to extend for a further year. The charters are with a strategically very important customer – with a transport need for which the P-MAX vessels are very well suited. The transaction also ensures that we secure employment and earnings, which in turn enables us to take on new positions ourselves, for example by chartering in vessels – thereby broadening earnings capacity.

Having said all this, the tanker market is now in the position we have awaited for several years. Continuous updates and analysis of developments can be found on Concordia Maritime’s website. Follow us there!